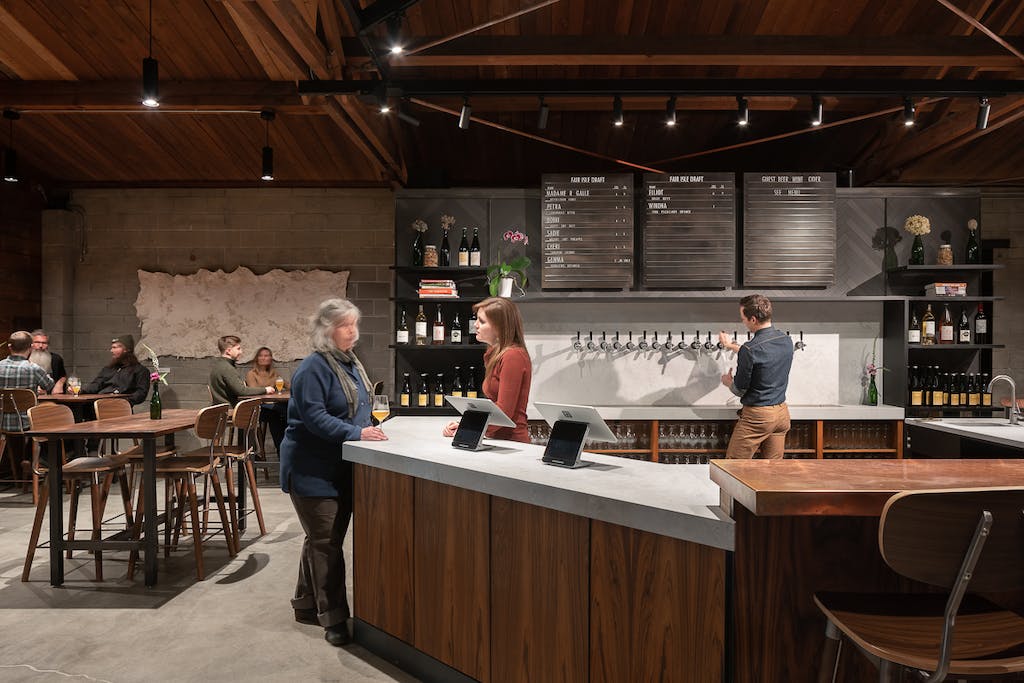 They brew beer with a house-made wild yeast culture, use seasonally foraged ingredients that then patiently age in barrels, all time-intensive and intentional undertakings. The way they approached their future home was no different as a major adaptive reuse opportunity. Seattle-based Jeunesse Architects was tasked with reviving the set of industrial buildings into a pivotal tasting room experience with a European flair.

Prior to Fair Isle Brewing, 3 former tenants occupied the four industrial buildings: an orchid grower, an autobody mechanic, and a starter/alternator repair shop. As the team progressed with the design project, the artifacts and stories uncovered during the process would inspire Fair Isle Brewing to adapt these historical elements into their menu offerings and dining spaces.

One of the 2 middle buildings now used for dining and overflow seating is referred to as the ‘Orchid Room’, after its former occupant. In the 1970s a mail-order begonia shop occupied the space prior to being an orchid grower. During the demolition process, the team uncovered a mailbox containing correspondence with a nursery in Belgium inquiring about their order for Madame R. Galle begonias so the brewery named their flagship beer ‘Madame R. Galle’  as a tribute from the old letter.