Taking a moment to describe what validation looks like 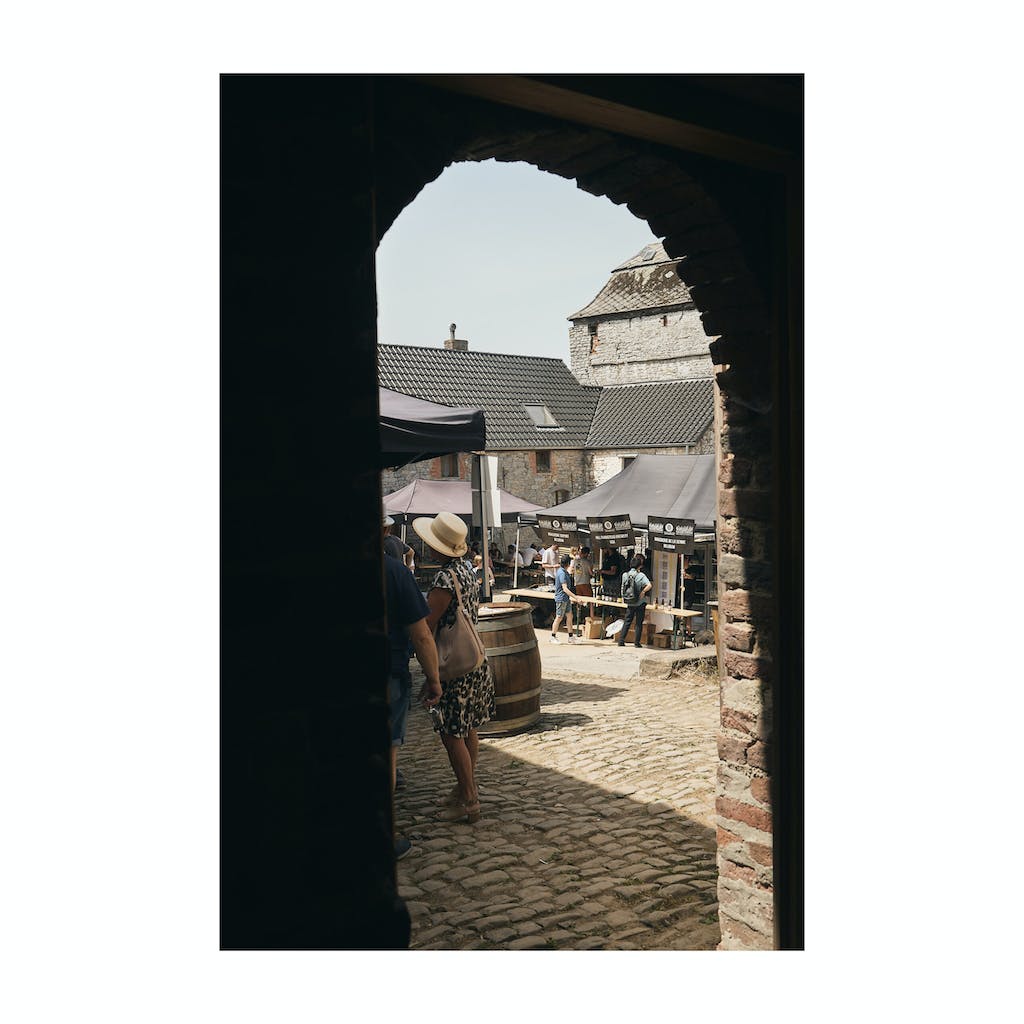 We recently got back from a trip to Belgium to pour beer at a couple of festivals and a tap takeover.

There is a lot of story to be told about this trip including a tap takeover and cellar tour at BBP Dansaerte.  Visits to and conversations with brewers at Brasseries: Antidoot, Au Baron, De la Senne, Blaugies, 3 Fonteinen, Thiriez, Dok, and Boerenerf.  There is the magnificent weirdness and learning opportunities of Carnivale Brettanomyces.  Having dinner on the farm and talking about brewing, foraging and “what is craft” with Tom Jacobs of Antidoot – Wilde Fernenten.  Not to mention the inspiring story of how Tim Decker of the nascent brewery Alt Brau graciously made lemonade from lemons when he learned that the beer he sent to the Sambre festival had been temporarily lost.  Alas, I don’t have that kind of space in this post so I will focus on our first Belgian beer festival. 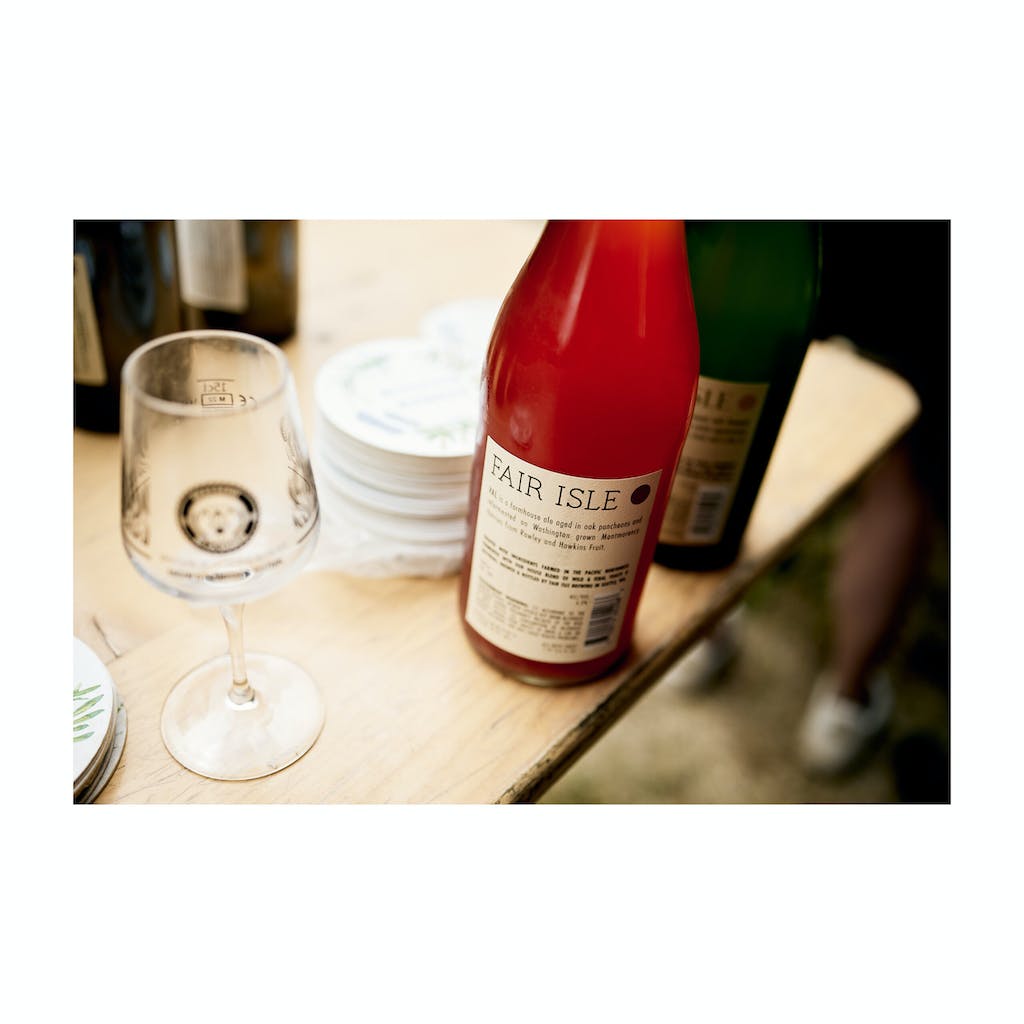 While we setup our table and chatted with Belgian brewers next to us on the first morning of the first ever Sambre festival I had a thought swirling around in my head.  “Should we have just brought a couple of cases of Georgetown Bohdizafa?  I’m pretty sure it would have been a hit”.

“Should we have just brought a couple of cases of Georgetown Bohdizafa?  I’m pretty sure it would have been a hit”.

The organizer of the event, JC Larsimont had reached out to us in a cold email months ago and clearly had done some research about us and our beers.  His plan for the inaugural year of this new festival sounded great so we signed up.  It was hosted in a very rustic small castle turned brewery in a small town called Spy and with a brewery list that included many of the breweries that continue to inspire us. 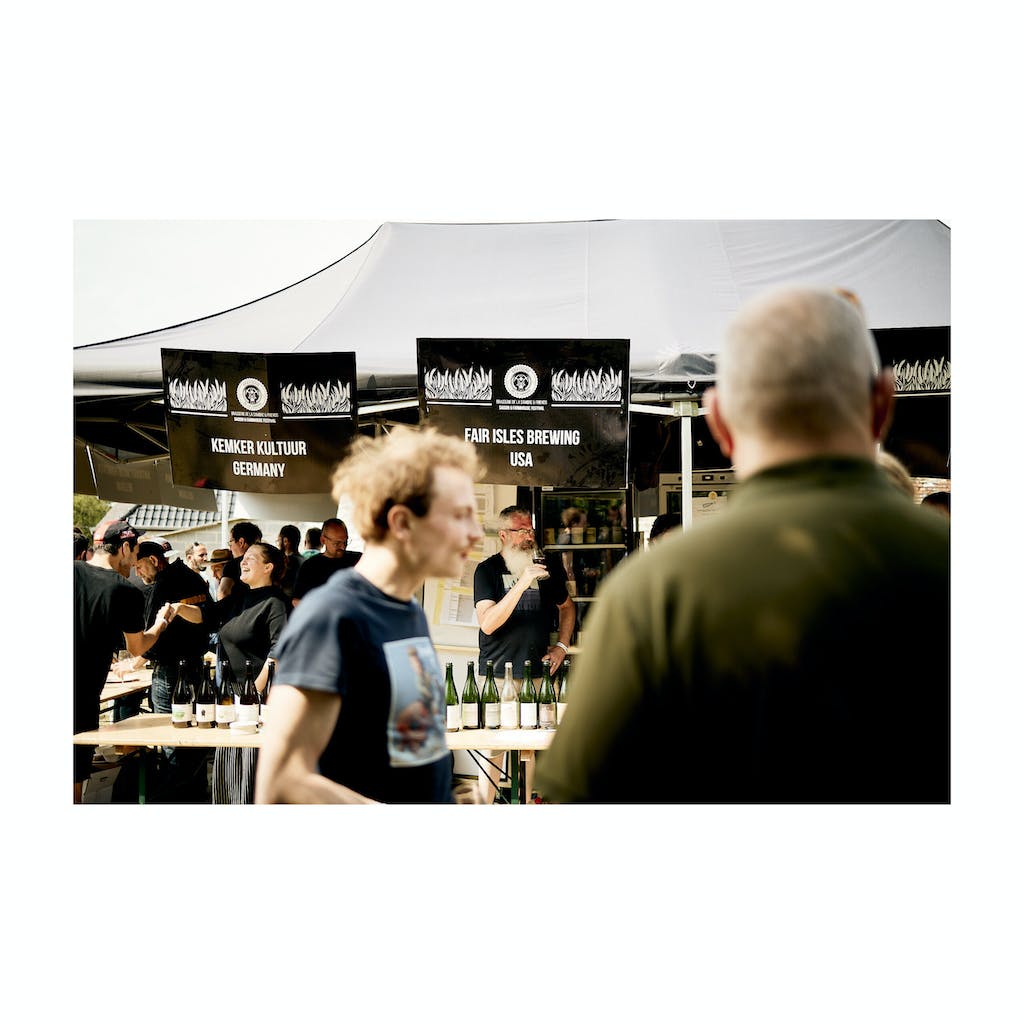 Now, onsite with Andrew and Matt, surrounded by all of these amazing breweries, I was just a wee bit nervous. What if “Saisons” from some upstart US brewery from the PNW rankled their ideas about what a Saison should be?  What if they just didn’t care for the cut of our jib? 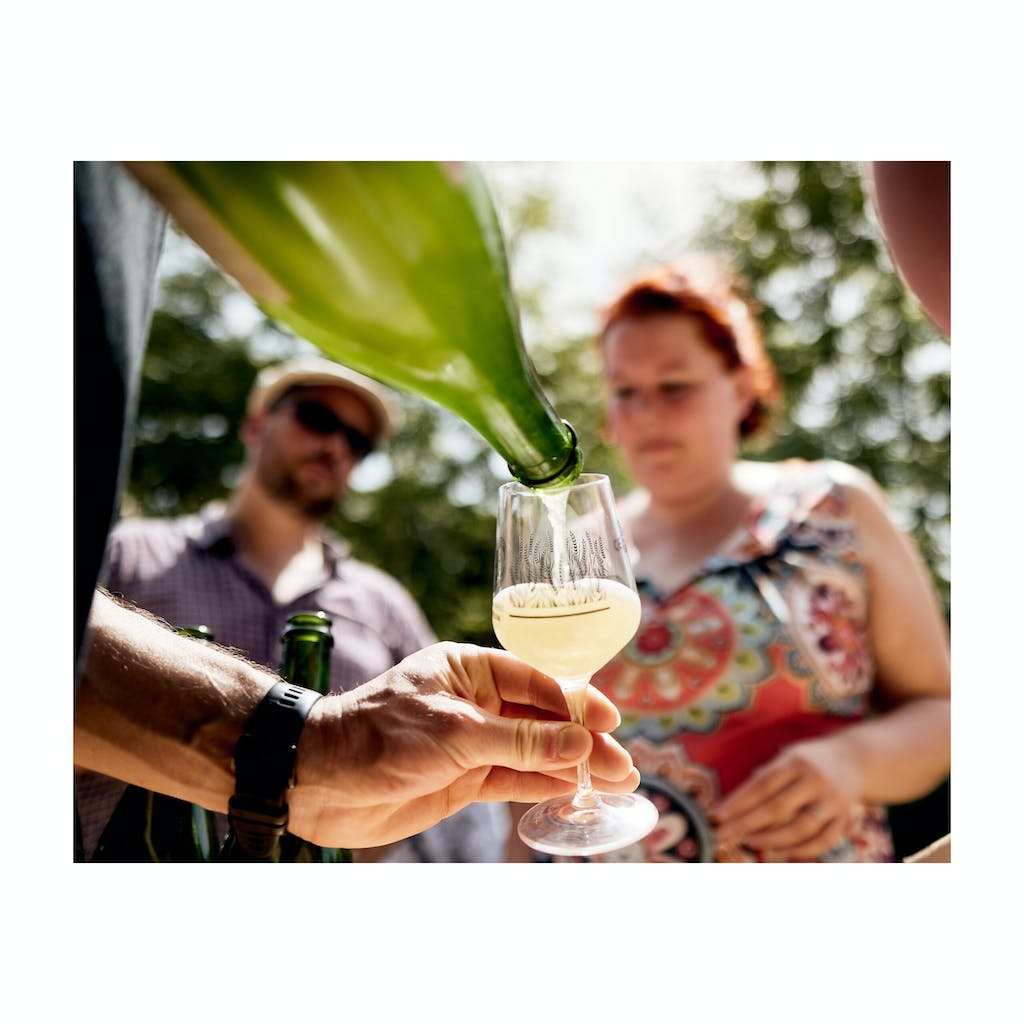 We had sent thirteen different beers to the festival (from Madame to Adelaide), expecting to pour four or five.  But JC was excited about the variety and on the morning of the event asked us to pour everything and made sure we had a beer refrigerator all to ourselves (no pressure).

And so we started pouring.  The morning was a bit slow for everyone in our area.  It was brutally hot at 10AM and getting hotter and that probably played a role in the slow start.  We were just around the corner from 3F and Antidoot so people were definitely starting to make their way back to our area.  We stood at our table and made enough awkward eye contact that a few people grudgingly (you could see it in their eyes “Damn, he saw me looking.  Now I can’t just walk by, that would be rude”) stopped to get a pour and then walk off.

“What else you got”?

It was like that for maybe an hour and then we started to notice some faces we had seen earlier.  They didn’t have that look in their eye anymore either.  They wanted to know if the beer they just had was a fluke.   “What else you got”? 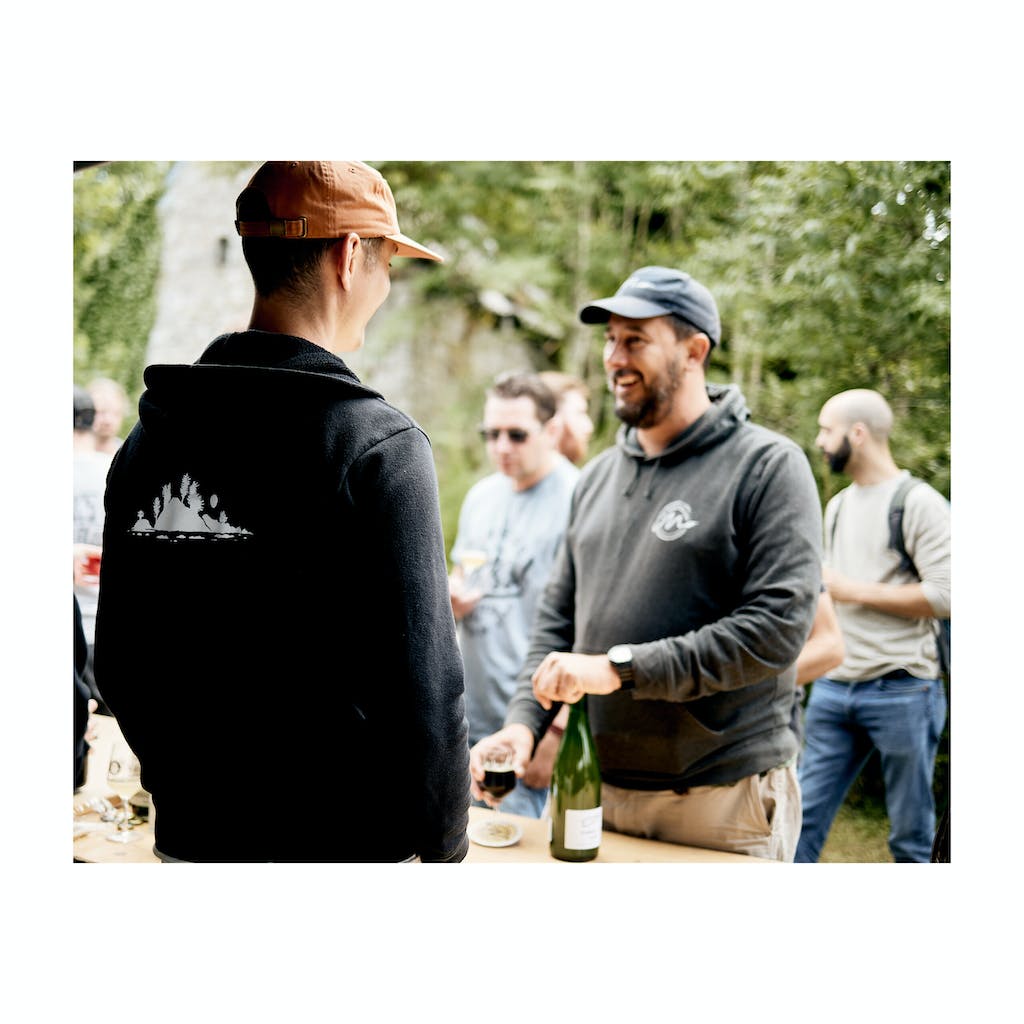 By the end of the first day, there were people leading their friends to our booth with a lot of “you have to try this” energy.  Brewers and attendees alike were all saying such kind things!

The second day of the festival wasn’t nearly as hot and started with the same slow pace but this time, a lot of the faces were already familiar.  By the end of the day, we had a very steady stream or people trying to make their way through all 13 beers.  It was a thing to see.

At the end of the second day I was reflecting on my earlier nervousness.  On the previous morning I had been trying to put myself in the mind of a Belgian and as that Belgian, I thought “Why would these guys come all the way from Seattle to offer a saison to people who can drink beautiful examples of the style every day in the land where it was invented?“ But that was where my thinking was flawed. Belgians love the beers of Belgium but I think they also have room to love the idea that as far away as the PNW there are people that also love these beers enough to execute them in their own style and do it well and with thoughtful intent.  In the list of watch words from the feedback we got, three seemed to dominate:  balanced, subtle and wow.  I have to say, coming from a bunch of Belgian’s steeped in the style, I couldn’t feel more validated about what we have built in Fair Isle. 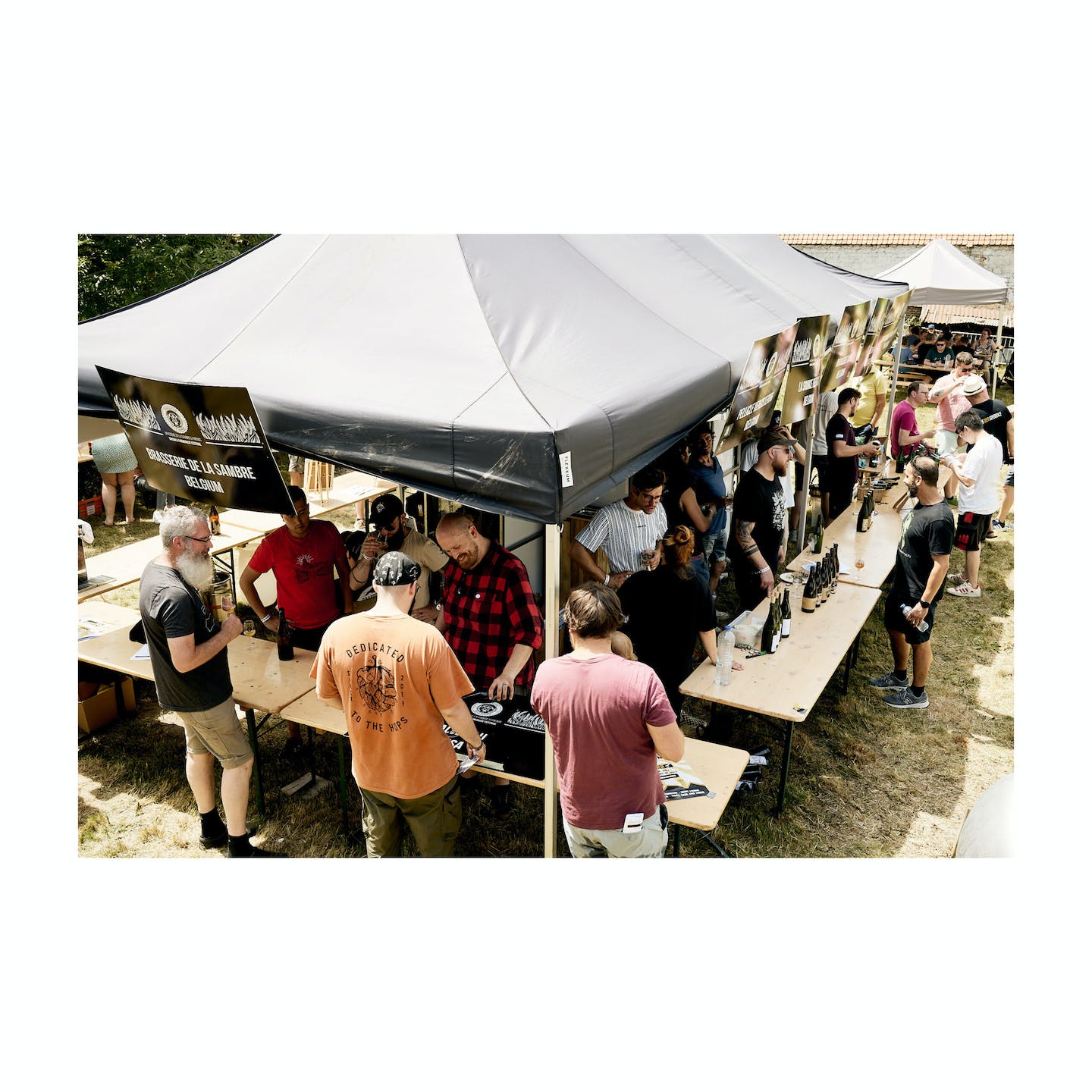 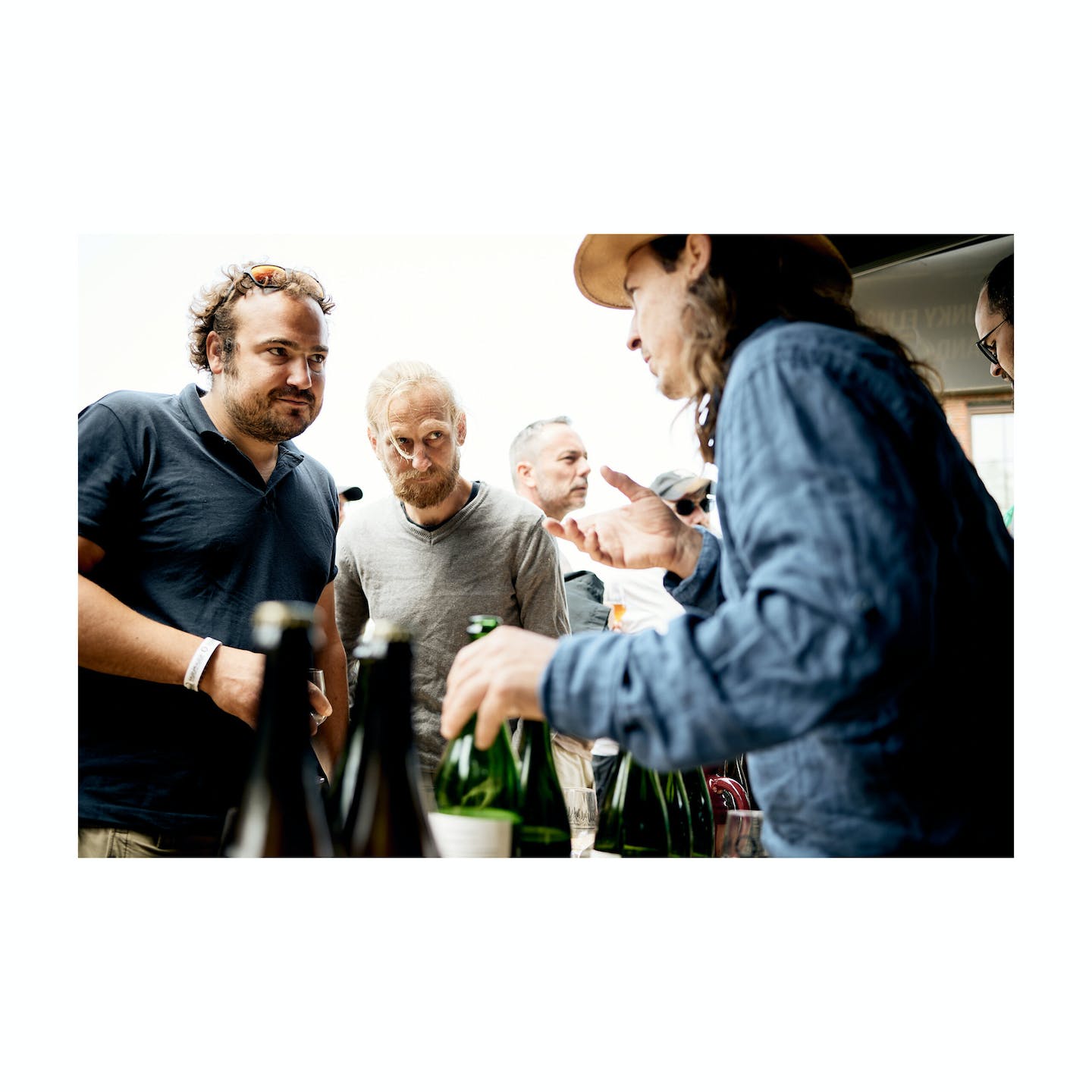 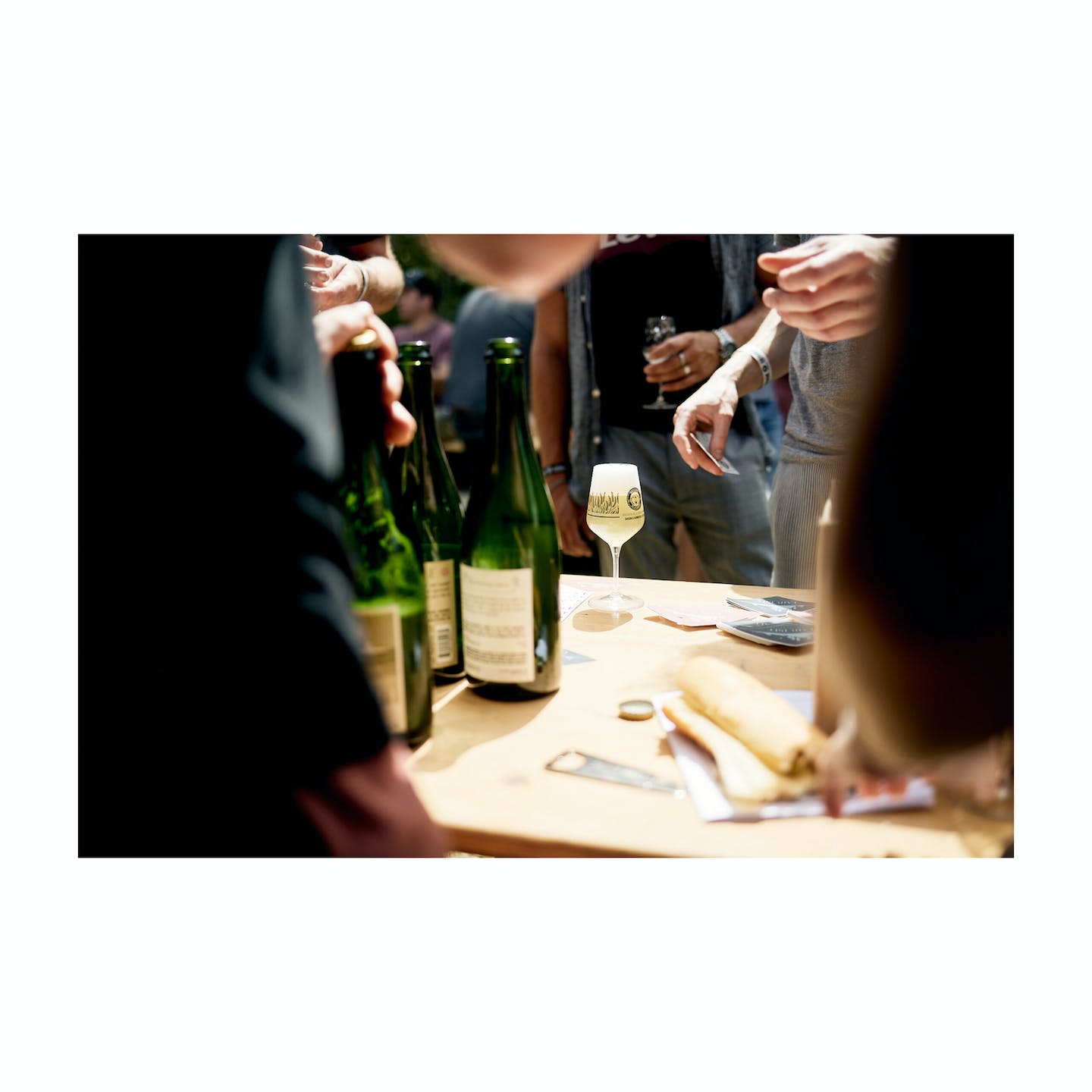 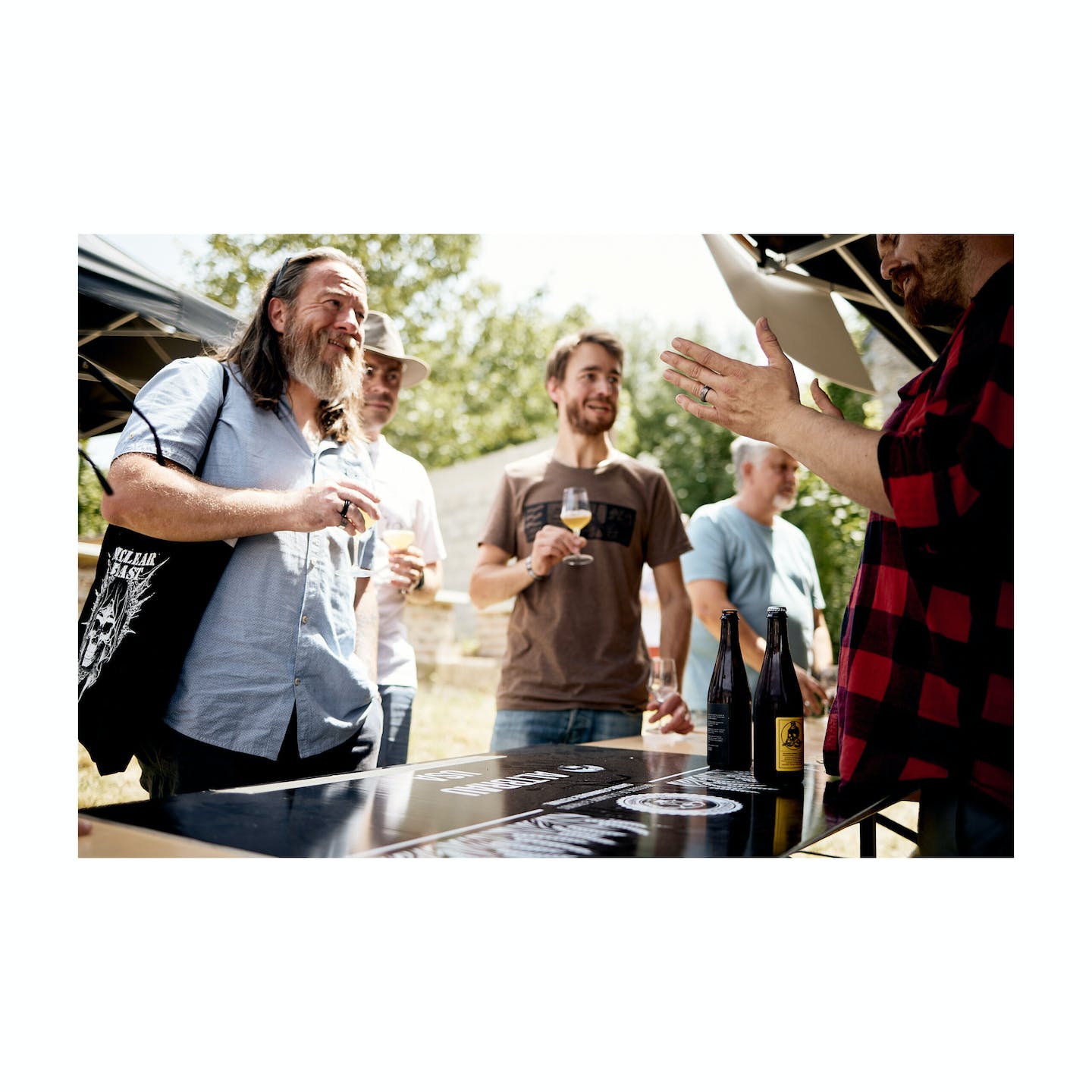 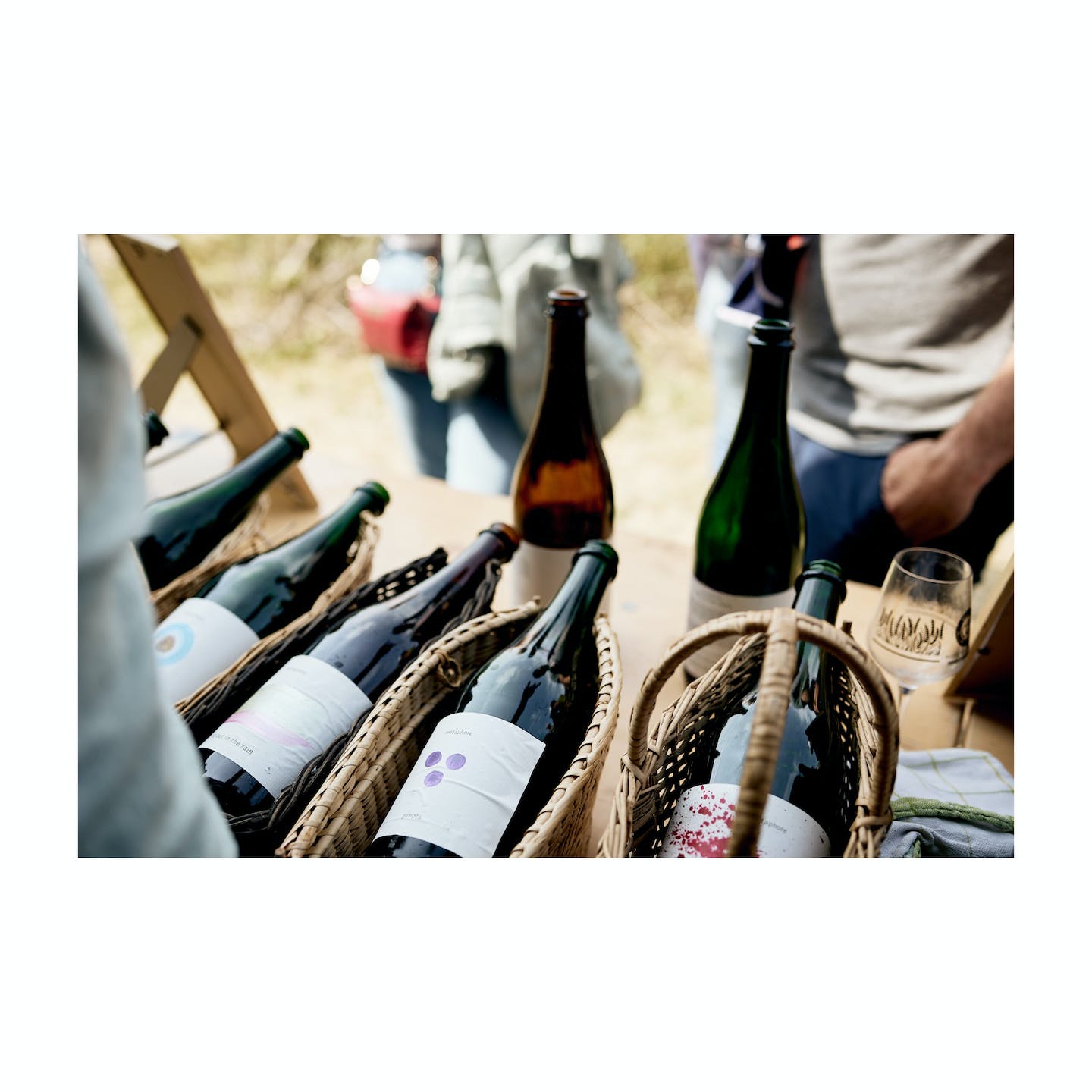 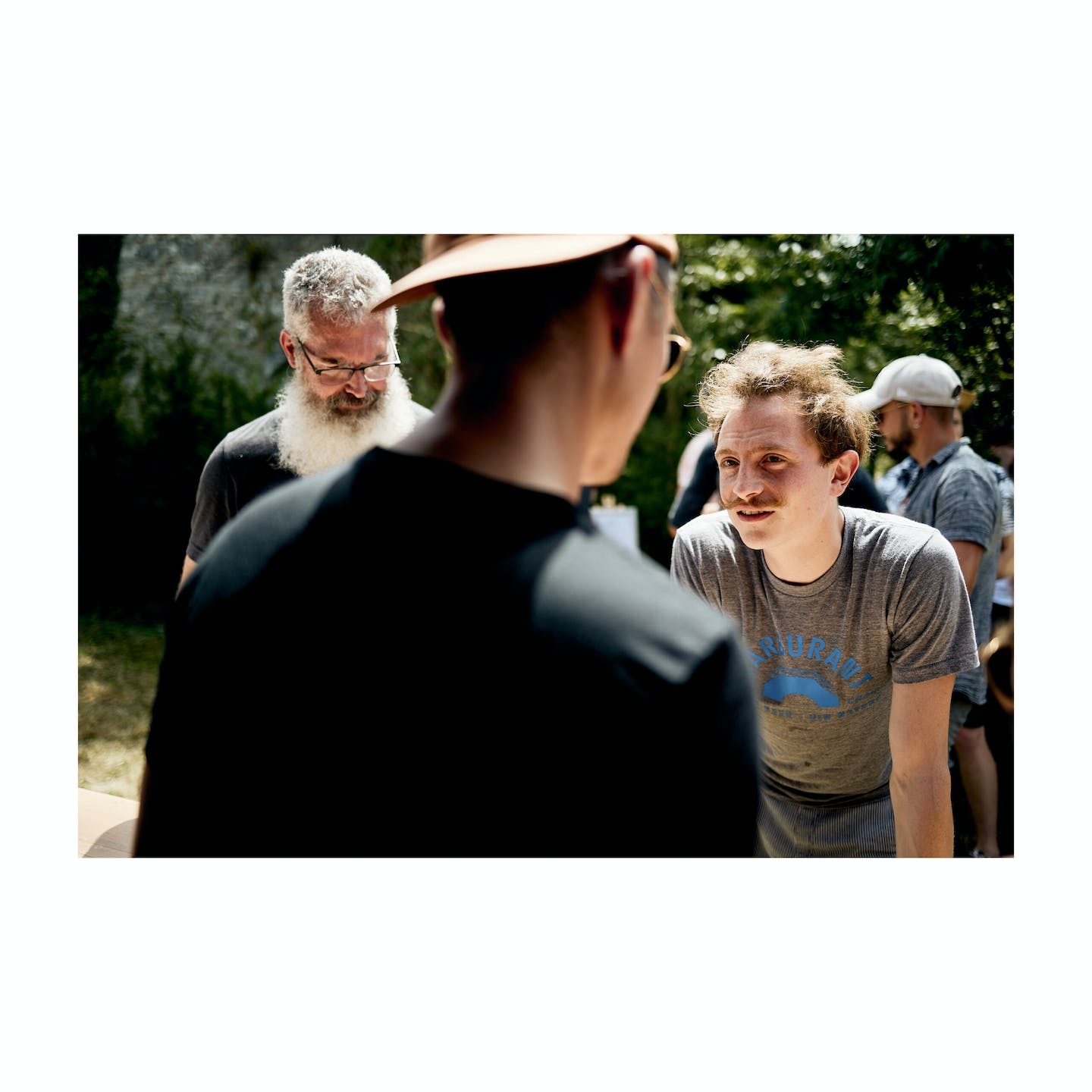 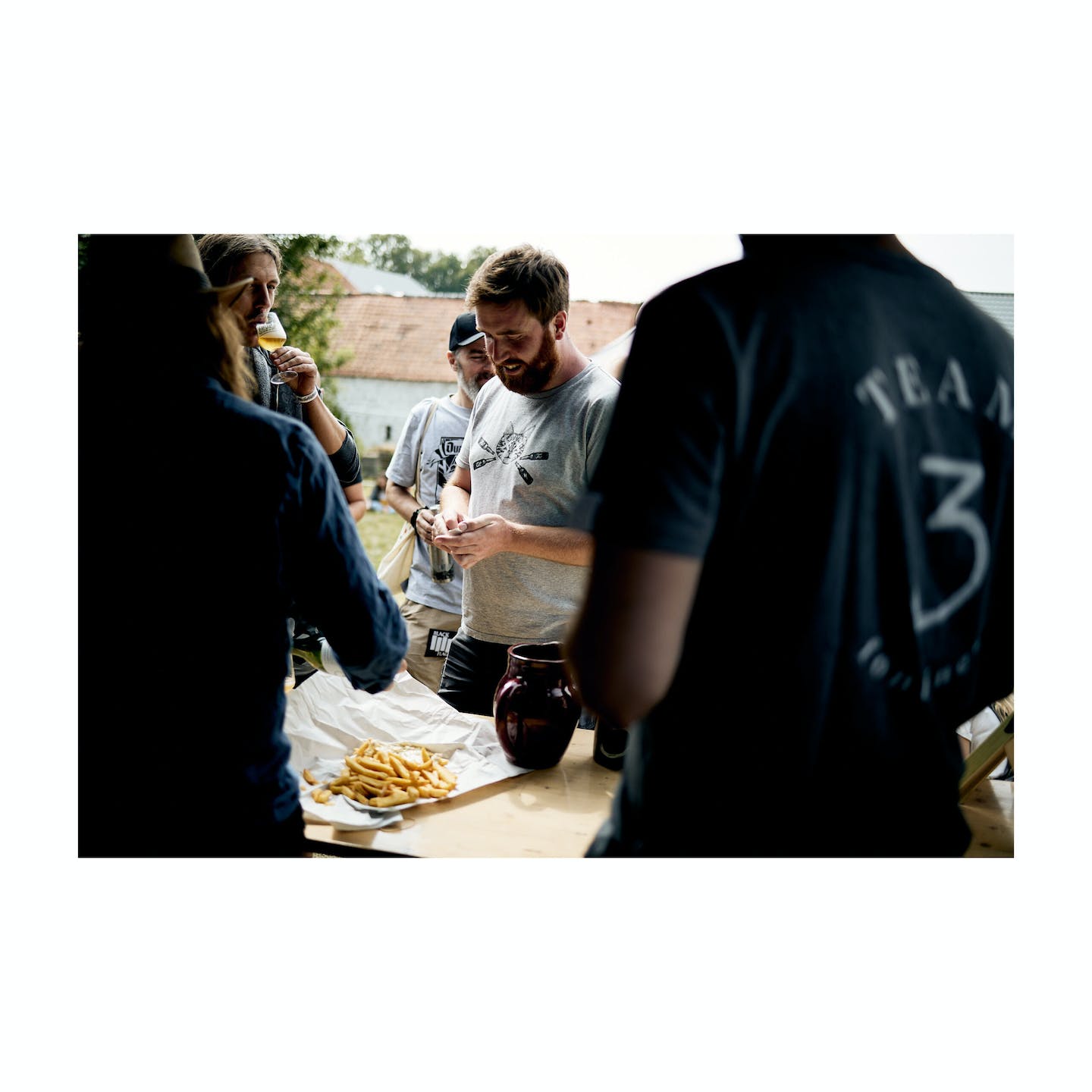 ‘Farmhouse Piquette’ and the potential of second-use fruit