‘Farmhouse Piquette’ and the potential of second-use fruit

As we grow, the desire to be more conscious and strategic with our ingredients shapes our future as a brewery. There are plenty of ways we view this: either employing more effective brewing processes and reducing waste; partnering with like-minded producers who take sustainability seriously, whether it be maltsters, hop growers, or farmers; or simply reusing ingredients that still have viability after their first use. Since founding Fair Isle we have put intentionality at the forefront of our approach. As reuse is not a conventional concept in the world of modern brewing (beyond donating spent grain to bakers, or farmers for animal feed), we’ve drawn inspiration from other sources to make this a feasible practice.

Since founding Fair Isle we have put intentionality at the forefront of our approach.

We noticed early on in producing some of our fruited saisons that there was a remarkable amount of flavor and character left in the fruit after packaging. Much like using a tea bag for a second steep, we knew there was more latent potential that could be unlocked – something entirely new could be created from something often viewed as waste. 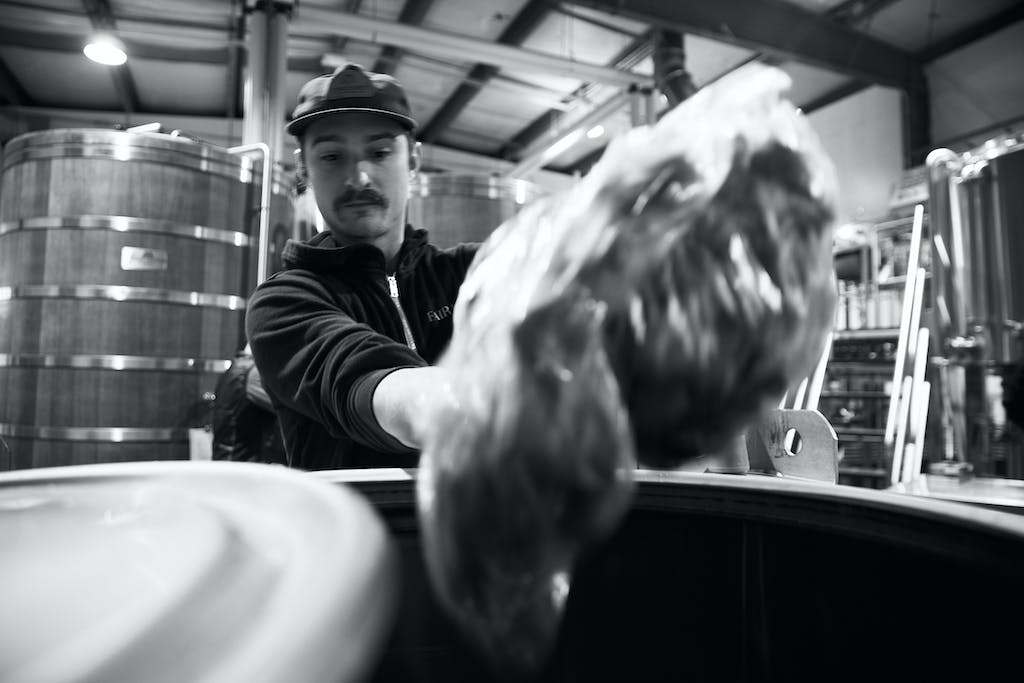 There were a few existing examples of this that made us so excited to adopt this method as an ongoing brewing practice. First is winemakers’ production of piquette. Instead of discarding the grapes after a wine was finished, water is added to the pomace and bottled, allowing wild yeast to create a fizzy and low alcohol beverage consumed by vineyard workers. Piquette has been made for centuries and encouraged a different context of drinking compared to a normal glass of wine, all while capturing the flavor still left in the “spent” fruit.

While piquette was typically drunk by field workers and farmers and not sold to the public, New York’s Wild Arc Farms is responsible for the “piquette revival,” so to speak. Their version, a lively and gluggable example, is made by blending back 15% of the original wine after soaking and repressing the pomace. To create the carbonation, they add local wildflower honey to referment in the bottle. We enjoyed Wild Arc’s piquette as a team, and were driven to create something similar with our fruited beer.

Jester King’s La Vie en Rose (referred by Jester King as an ale refermented w/ “spent” raspberries) was another clear-cut example that put this concept into the lens of farmhouse beer, and how the idea so seamlessly ties into our shared philosophy of brewing. Using the raspberries left over from Atrial Rubicite allows for an augmented expression of the once extremely jammy and rich fruit. We love the restrained character of these second-use berries in La Vie en Rose combined with the brewery’s mixed culture, and it remains an influential beer in how we view the life cycle of specialty ingredients.

… capturing the flavor still left in the “spent” fruit.

We also draw inspiration from examples outside the realm of food and beverage. Many industries have made reuse a commonplace practice, either repurposing materials or simply stockpiling scraps to be used in a similar context down the line.

In the discipline of pottery and ceramic arts, a slurry created by diluting clay scraps often referred to as “slip” is used for varied practical applications. Slip can be used like mortar in construction of a ceramic piece, applied to scored sections of clay to act as a bonding agent. In some cases it’s used as a decorative element, either brushed or sprayed on or even having the piece dipped in the slip to create intricate designs that match the color of the clay. Some artists will create plaster molds and use slip for casting: the water is absorbed by the mold, leaving behind a layer of clay that can be removed, creating unique design aspects that would be much more difficult to generate by traditional wheel throwing and slab construction.

Ceramic artists would of course repurpose clay scraps for later use regardless of the context, but the transformation aspect involved in slip casting or the creation of slipware illustrates the inherent function of “leftover” materials.

All of these concepts laid out a great blueprint for Lora, our piquette-inspired farmhouse ale. Lora is a blend of our second use fruit, with the current batch utilizing raspberries and boysenberries. Lending a well-rounded yet subtle fruit character to a light, oak-aged base beer, we packaged this most recent iteration in slim cans to reflect the accessibility of piquette, as well as address the current global shortage of glass bottles. In the future, we will continue to brew Lora with second-use fruit from other projects; this ongoing series will showcase and embrace the seasonality of Washington-grown fruits.

Reusing fruit in our piquette-inspired saisons is just one example of employing intentional production techniques, and we are motivated to continue fine-tuning our brewing process to accommodate similar ideas. As the adage goes, “Waste not, want not” – we hope you are enjoying Lora and the fruits of our labor.

Buy Lora or learn more about our other beers utilizing Washington fruit.