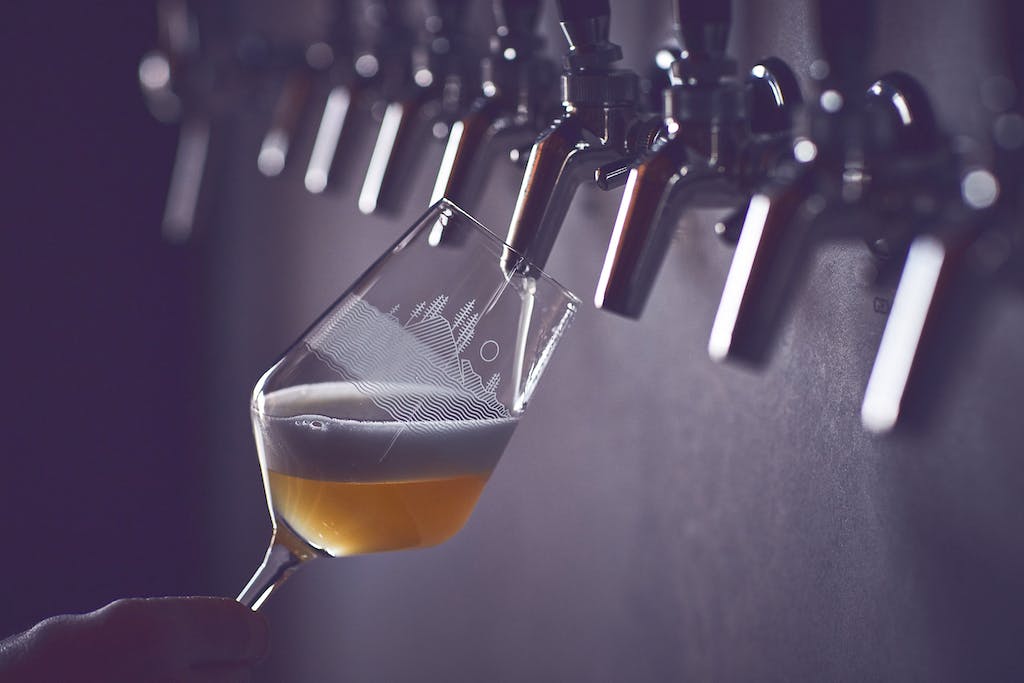 This past Thursday, under a gloomy, rain-filled afternoon in January, Fair Isle Brewing finally opened their doors to eager fans. The reward for those who packed the doorway, the chairs, tables and countertop space was a list of beers unique to the Ballard neighborhood. But already many reading might make the case that Ballard already has a brewery (or two) like Fair Isle, but this ignores the fact that no brewery in Ballard currently focuses, exclusively, on rustic or mixed-culture ales.

First announced in 2016, by founders Andrew Pogue and Geoffrey Barker, Fair Isle Brewing gets its name from the traditional knitting technique, and focuses on mixed-culture and wild beers, like Saisons, Grisettes, Bier de Garde, “Farmhouse”, or American-style sour beers.

Starting with a partnership with Jester King (Austin, TX), Andrew and Geoffrey scaled their collaborative efforts as cooperative homebrewers, to educate and experiment with various ingredients sourced both organically and from various traditional suppliers. The result between Andrew, Geoffrey, and Jester King netted them their first release, a low-alcohol “farmhouse” ale, made with fireweed from the Cascades and fermented with both Fair Isle and Jester King’s cultured yeast strain – Fair Voyage.

Signing a lease agreement in August 2018, Pogue and Barker, in cooperation with North Coast Metal Design and Fabrication, Dolan Built, and Jeunesse Architects, got to work on converting four unique buildings into a brewery, commissary, taproom, and barrel room. As they expected, both Dolan Built and Jeunesse Architects were the perfect fit for Pogue and Barker’s schedule. In between design and building, the foursome invested sweat equity to produce what is now viewable to the public.

The result is a 15-barrel brewery warehouse, complete with an adjacent bottle conditioning storage area, a commissary or rental space for large party engagements, and a 48 person taproom, complete with takeaway beers from both Fair Isle and guest breweries which complement Fair Isle’s unique style. Besides the 80 person private Orchid room and the 48 person taproom, Fair Isle will have a 40 person beer garden available once the weather transitions from its seasonal rain and cold to a warmer, sunnier, disposition.