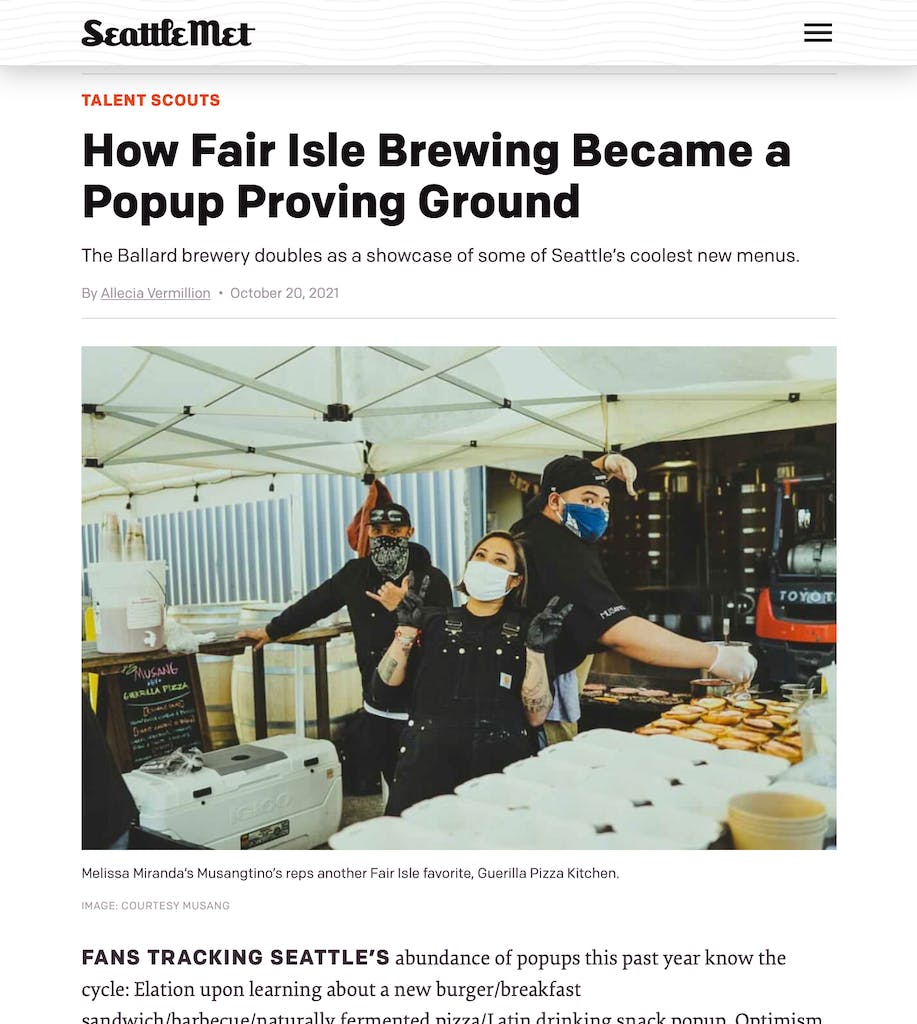 The Ballard brewery doubles as a showcase of some of Seattle’s coolest new menus.

FANS TRACKING SEATTLE’S abundance of popups this past year know the cycle: Elation upon learning about a new burger/breakfast sandwich/barbecue/naturally fermented pizza/Latin drinking snack popup. Optimism that its rotating schedule must surely include a stop near your house.

And, the inevitable outcome: Of course. They’re at Fair Isle Brewing.

Seattle is rich in roving food projects. But the Ballard taproom claims an unusual concentration of great ones. First came last summer’s breakout favorite Rough Draft Burger Shop, smashing its patties to rapt crowds. Next, Brothers and Co. with their shio koji fried chicken and kimchi queso. By the end of the year, Lupe Flores was frying her Lebanese-Mexican crunchy tacos, while Sundays were all about Karachi Cowboys’ Pakistani soul food.

This year, even Melissa Miranda was there, setting aside her regularly scheduled grueling restaurant routine at Musang to flip burgers on the driveway grill. In January, she revived Musangtino’s, the popup she once ran with longtime friend Jeff Santos.