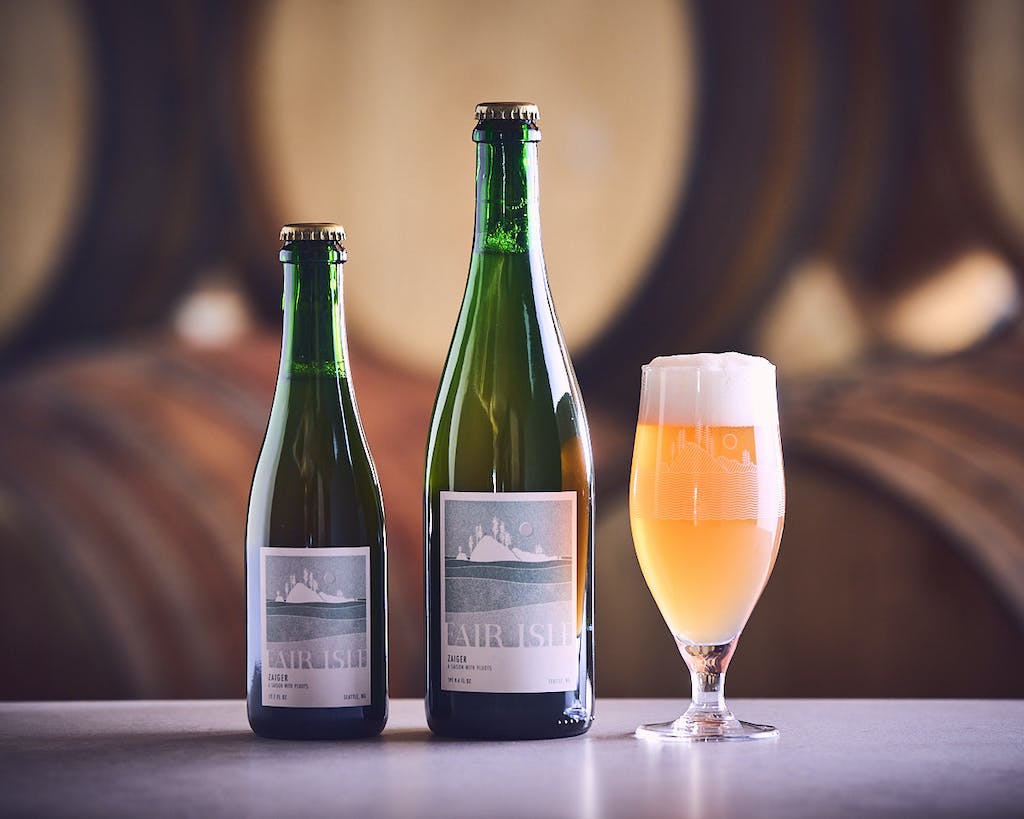 A saison refermented on pluots

Our newest fruited release was first unveiled last year as an offering in our Windward and Leeward series, a collection of beers created one keg at a time and only available on draft in our taproom. Occasionally, these experimental beers hit all the right notes to be scaled up to a full batch and packaged into bottles.

We were over the moon about how seamlessly this beautiful stone fruit played off the apricot notes in our yeast culture, so it was no question that Zaiger was destined for a proper release. Starting with a blend of oak-aged ale and young saison, we then added the fruit grown by our friends at Collins Family Orchards to trigger a second fermentation.

Zaiger pours a thistle hue reminiscent of pluot skin, and exhibits notes of fresh apricots, strawberries, and of course, pluots. It’s the perfect way to kick off summer in Seattle.

Named after Chris “Floyd” Zaiger, developer of the pluot and other hybrid stone fruit varieties, this beer is an homage to his legacy.

Available now on draft and in bottles in our taproom and online!