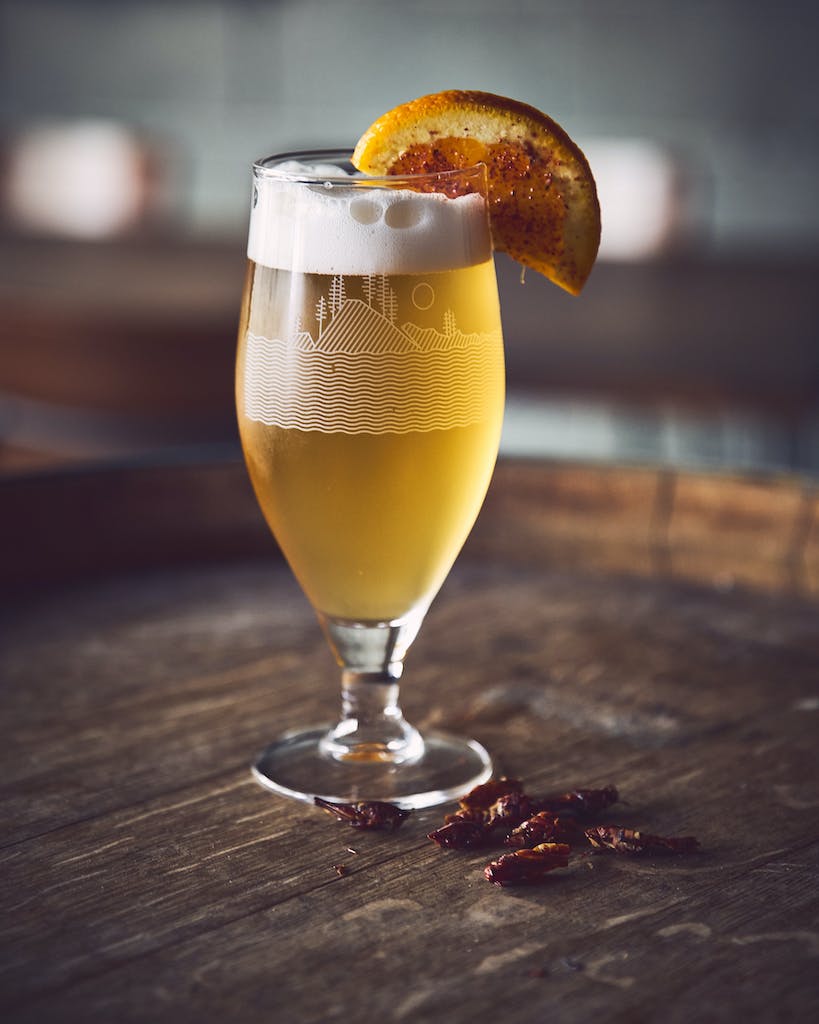 a saison with chapulines

Sometimes ideas for new beers are born of the simple question, “What would that be like?” Curiosity is imperative to keeping our experimental series interesting, and ultimately pushing our boundaries as a brewery. Enter Caine, a saison featuring perhaps the least conventional ingredient we’ve employed yet: chapulines, Oaxaca’s favorite insect snack.

Our head brewer Nick has been on a real mezcal kick lately, and these toasted grasshoppers are a celebrated pairing. In a way, they’re an equivalent to peanuts as a simple and satisfying bar snack. Maybe you’ve munched on some chapulines while watching the Mariners play a home game, but if not, there’s something remarkably familiar about them: they’re crunchy, salty, savory, and often a bit spicy. That is to say, they’re darn tasty alongside a beer.

So we took that notion a step further and added them to a simple saison base as a dry-”HOP.” The chapulines come through with a distinct savory aspect, adding a bit of chili spice to the mid-palate that plays with a note of lime zest. To accentuate these flavors, we’ll be serving Caine with an orange slice and a garnish of Tajin.

Buy our Beer Online and ship to you
Providers:
1 Batch No.
Saison Style
Back to all beers