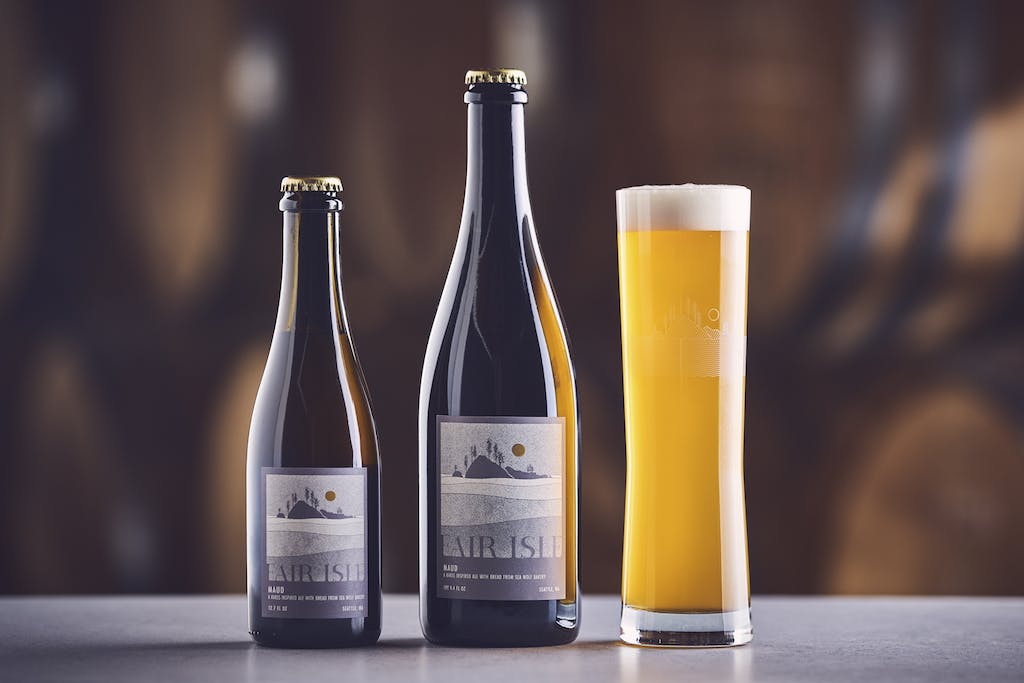 Maud is a Kvass inspired ale brewed with sprouted rye bread from Sea Wolf. With pepitas, sunflower seeds and rye berries, the bread adds complexity, body and a hint of salinity to this farmhouse ale. Kvass is a traditional Baltic fermented beverage around 1% ABV from the Middle Ages and made from bread. Having enjoyed Fonta Flora’s and Jester King’s interpretations, we set out to bring this now obscure style to the Pacific Northwest. When exploring sources for bread, we couldn’t think of a better bakery than Sea Wolf. A common stop on the way to work, Sea Wolf produces, in our humble opinion, the best bread in Seattle. Maud takes a nod to Ballard’s nordic heritage with the use of Sea Wolf’s dense sprouted rye bread – the foundation for the Danish open-faced sandwich Smørrebrød. In July we purchased 350 lbs of bread from Sea Wolf, spent a good chunk of the day slicing the bread, and then added it to the mash tun, along with grain from LINC Malts.