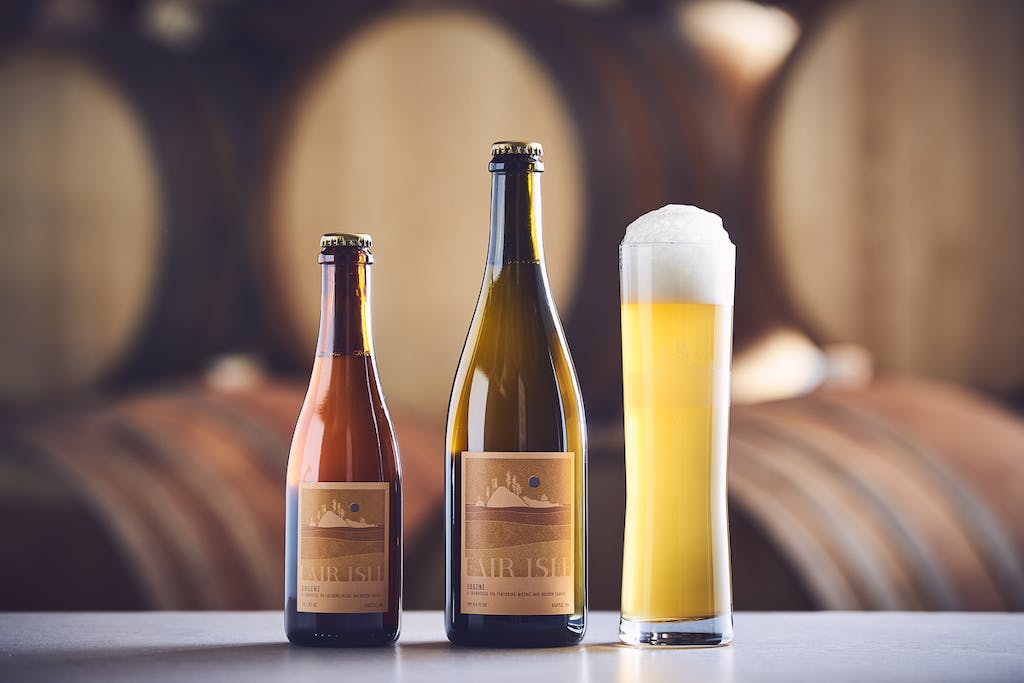 obscuring the line between IPAs and saisons

Eugene is our saison impersonating an IPA and every batch uses second-use Mosaic Hops from Bobbi and dry-hopped with a different rotating hop. The current batch in our taproom is dry hopped with Nelson Sauvin.

“Eugene, our interpretation of something resembling a “Farmhouse IPA”, is an exercise in experimentation, utilitarianism, and frugality. A bit of an oddball, this brand begins its life by being knocked-out, or transferred from the brewhouse to a fermentation tank. However, instead of into a freshly sanitized fermenter as one normally would, Eugene is placed on top of the “spent” Mosaic dry hop charge of our brand Bobbi.

Fermentation begins by the next morning, and the scavenged Mosaic hop load – with plentiful amounts of remaining aromatic and flavor compounds – is once again put to work, being thoroughly mixed around due to the natural convection effect of fermentation. After the bulk of primary fermentation is complete several weeks later, this process provides us with a canvas of an expressive, hop-forward saison that we finally finish off with a dry hop of Nelson Sauvin.

While consumed young, Batch No. One of Eugene puts forth typical Nelson Sauvin and Mosaic aromatics of citrus, peach, mango, blueberry, and to my palate something that can only be described as dank. Over time, with aid of our house mixed-culture of Saccharomyces, Brettanomyces, and bacteria – these flavors and aromatics transform into softer, rounder, and more sophisticated notes of rose petals, coriander, limencello, and candied orange peel. Our brewery production team has really enjoyed watching this beer evolve, and we have been especially excited about how it is currently presenting.”
– Fair Isle Production Team