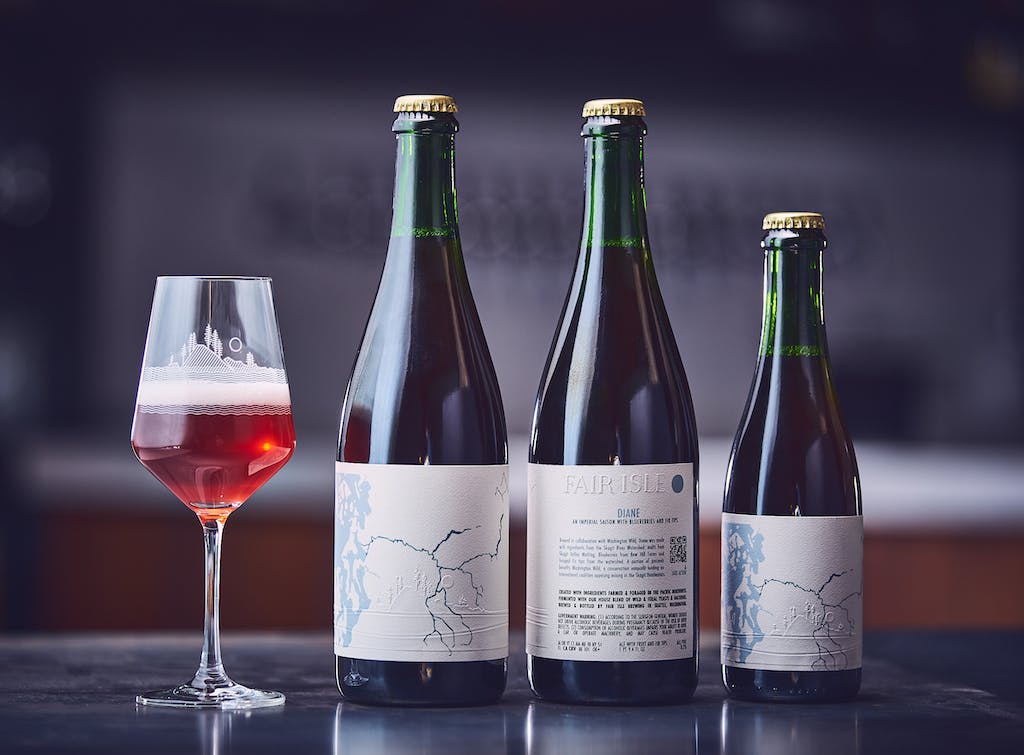 an imperial saison with blueberries and conifer tips

Without clean water, brewing isn’t possible. While that may seem obvious, it’s a resource we often take for granted – and that’s why we’re so passionate about this beer.

Back in early 2019, a corporation filed an application for exploratory mining in the headwaters of the Skagit River. If permitted, the disturbance in this unprotected area of the watershed could cause ecological disaster, including displacing of integral populations of chinook salmon and steelhead, tainting the freshwater needed by farmers downstream in the agricultural of the Skagit Valley, and tarnishing the purity of the river, which provides 30% of the freshwater that drains into the Puget Sound.

Along with our fantastic group of partners, we set out to brew a beer showcasing the best ingredients the Skagit Valley has to offer. The barley, malted by Skagit Valley Malting, was grown both in the Fraser Valley of British Columbia near the headwaters and also in the valley near the malthouse. Bow Hill provided an amazing bunch of blueberries from their farm, adding a distinct fruitiness and color to the beer. Finally, we foraged conifer tips as a team at a farm in Mount Vernon overlooking the mighty Skagit, rounding out this complex, malt-forward saison with an earthy and piney character.

We are proud to collaborate with these organizations, and hope our efforts will bring a deeper awareness of this issue threatening the wildlife and agriculture dependent on the Skagit watershed. Join us in the fight to prevent mining of the headwaters, and help us preserve this essential freshwater resource.

Southern British Columbia has become a dangerous hotspot for toxic pollutionfrom mines in watersheds that flow into Washington state, including the beloved Skagit River.

There is currently a pending request for a mining permit in the Skagit Headwaters by Imperial Metals, the company responsible for the infamous Mount Polley mine disaster of 2014, which spilled more than 24 million cubic meters of wastewater laden with arsenic, lead, selenium and copper into the Fraser River watershed, one of the biggest environmental disasters in Canadian history.

The iconic Skagit River begins in British Columbia, flows down through the North Cascades and Mt. Baker Snoqualmie National Forest, eventually ending in the Puget Sound, providing 30% of the Sound’s freshwater. The Skagit Watershed is critical to the health and well-being of the region’s residents, Indigenous communities, and local recreation and agriculture economies.

Decisions made by our neighbors to the north affect us all downstream.  Moving forward with mining is a direct threat to Indigenous communities and to one of our state’s most beloved natural resources. That’s why we’re working to protect the Skagit with a portion of all beer sales going to Washington Wild. Learn more.