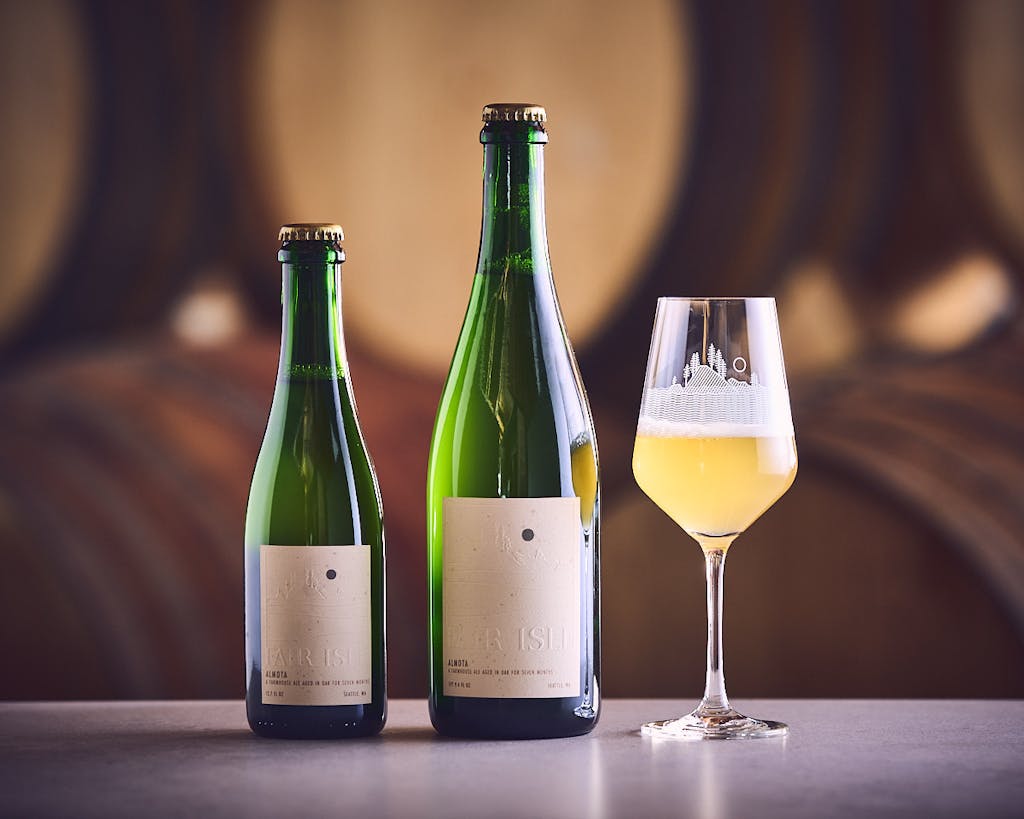 Our newest release is a twofold showcase of oak and specialty grain varieties, all malted by our friends in Spokane at LINC Malt.

Almota started with a base of Baronesse Pilsner malt from Joseph’s Grainery in Colfax, WA, which was then fortified with Frank Spelt from Homestead Family Grains. Additions of raw Red Russian Wheat and Purple Egyptian Pale grown by Palouse Heritage in Endicott round out the malt bill with a robust texture and rustic dough-like character.

The second aspect of Almota comes from extended maturation in two types of oak: 4 months conditioning in a Missouri oak foeder contributed an intriguing fresh dill note; the beer was then transferred to neutral oak puncheons for several more months to complete the aging process. After tasting through each vessel, 3 puncheons were selected for the final blend.

The end result is something we’re proud of: a dry, balanced farmhouse ale with a higher level of refreshing bitterness than our other offerings. Additionally, Almota puts on display the importance of oak-aging in our beers without any adjuncts – and it wouldn’t exist without the amazing specialty grains and maltsters we’re privileged to work with here in Washington state.  Read the stories behind our amazing providers and what makes their products so outstanding.

Almota is named after a spot on the Snake River not far from Joseph’s Grainery.